Three years or so after I left my abuser, an old roommate contacted me via social media to ask me if I had heard the news.

She sent me a link and I saw his face, shrunken and aged from the meth. My heart fell with a hard thud into my stomach and adrenaline sent a jolt of electricity through my chest. I began shaking so hard that I could hear my knickknacks jingling on the walls surrounding me.

The girl he had been cheating on me with before I had left was still with him, and her mugshot was published alongside his. The pair made the news after shots rang out in their hotel room. According to the reports, the police found big bags of meth and so many guns, more than one person would ever need. These things were pictured in the article, as were several other kinds of drugs and paraphernalia. It was hard to believe the news coverage, but the police were celebrating, as it was the largest meth bust they had ever made.

(Images are blurred for my protection)

After I read the news, I spiraled into a deep PTSD panic attack. I lost all sense of time. Perhaps I blacked out. I know I vomited, and I laid in it for an uncertain amount of time before falling into a spell of dry-heaving and gagging for over 48 hours.

When I was able, I called everyone in my support system to share the news. One family member told me that my abuser had contacted them via social media using a new profile, which filled me with terror and prompted me to call my mental health counselor.

Learning that he had contacted my family confirmed my worst fears. In the past, my counselor had told me that my abuser had bigger things to worry about than an ex-girlfriend, but now I had proof that he was trying to keep tabs on me.

The news completely derailed the progress I had made during treatment, as it was difficult to think about anything else. He had been an extremely insecure, controlling, narcissistic alcoholic before I had escaped him, but he hadn’t been an armed meth dealer and drug addict. The situation felt more dangerous than ever.

For nearly a month, I refused to leave home except for appointments with my counselor. Somehow, he still had control over me. How was he still able to terrorize me after all these years?

The news impacted me so deeply that I started to create horrible “what if” scenarios. What if he were to kidnap me? He used to threaten to kill me. What if he decided to kill me now? Surely, he could find me?

I started to soak my bedclothes with night sweats during paralyzing night-terrors, and I needed to take medication for these nightmares. This felt humiliating, but without medication, my partner would have to shake me awake amid a terror, and I would come to, shocked and crying.

There are times when I wonder if I’ll ever get past this. I have to work really hard on processing and healing, and over time, I’ve been thinking of my difficult past less and less. I’m proving my strength not only in my healing, but in so many other areas of my life—I had heart surgery, have dealt with staff changes in my mental health management, and I’ve made progress towards my life goals and business ventures, among other areas.

I will continue to prevail against domestic violence and PTSD, survive the abuse that was inflicted upon me, and share my stories of survival to inspire others and raise awareness. 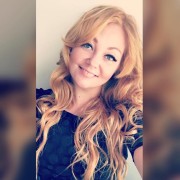