As I have shared previously, Nateanite and I are both pretty introverted and needs lots of time to ourselves to recharge our batteries.  Writing, gaming, and otherwise retreating to our version of “the wilderness” are essential to making sure we are our best selves. But we also need time together doing things where we, at some point, interact with one another.

For us that means watching TV and talking about it, playing games, having snacks (so many snacks), and enjoying the intimate moments that pass between us. It’s being purposeful in those interactions, not just waiting for them to arise spontaneously. Star Trek: Risk is not going to pull itself off the shelf and insist it be played. This is probably why it’s still in the plastic packaging in our game cupboard.

When I was a teenager, in those moments when I thought about intimacy in my relationship (which, I will admit, were not very often), I would internally scoff at the notion that couples would have to schedule sex.

Dear reader, I will be honest, that has not happened in my marriage but with two little girls who run us ragged in the most delightful way possible I don’t think it’s outside the realm of possibility. But we do make an effort to schedule other activities together. When it’s in season, Agents of S.H.I.E.L.D means Tuesday nights are reserved for us. We try (with varying levels of success) to have game night and to select games that give us something to talk about. Those have also become a lot more successful now that alcohol isn’t in our home. We have some strong opinions and don’t always agree, so being in “optimal” mental condition makes for a better night.

One man who has influenced my life, although I will never be able to meet him, is Paul Wellstone. He was one of the Senators from Minnesota when I was a teenager and is famous for saying, and showing through the legislation he introduced and voted for, was “we all do better when we all do better.” In our relationships this is especially true, but we can’t know that the other person is doing better unless we engage with them. I was raised to believe that the family is the cornerstone of society, and I think that whatever your family looks like, it needs to have solid relationships. To borrow Paul Wellstone’s words, we all do better when our relationships do better. 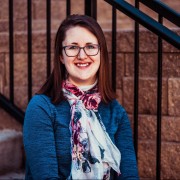