Nothing illustrates this better than the conflicted public response to Hugh Hefner’s death. Hefner has been called a “sexual revolutionary” for his work creating Playboy Magazine. But it was and is not revolutionary to objectify women’s bodies, especially when pairing their bodies with well-written, often educational material, thereby creating cognitive dissonance.

If you are unaware, cognitive dissonance is defined as “the state of having inconsistent thoughts, beliefs, or attitudes, especially as relating to behavioral decisions and attitude change.”

Putting objectification of women’s bodies at the same level with scientific and cultural education worked to normalize consumption of the female form. After all, reading for learning is acceptable, and Hefner created a scenario in which one could make an argument for pursuing Playboy content beyond its spreads, thereby pioneering rape culture–a way of thinking based on the idea that sexual control of a woman’s body or image is acceptable.

I had a conversation about this with my husband, mentioning how my male friends changed their attitudes toward me once they had access to pornography. He asked me what might have made Playboy less nefarious. He asked a question I feel has merit and will mention here, “What if all of the articles had been written by the women pictured?”

That’s a big what if. One I haven’t completed my answer to except to say that at least it would have shown women have more than parts that receive. We have brains that cognate. We think, feel and exist beyond our bodies just as men.

Women do have the right to choose how and where they are seen and treated. This is consent. It is the axe for hacking apart rape culture.

In our October 2017 issue, you will be reading many pieces on consent, communication, assumption, making sex better and awareness of rape culture from men, women and nonbinary artists. We hope you will come away educated. We hope you will share. We hope you will also write with us. Your voice matters, especially on issues such as this one.

What’s more, as promised,  the TRB team is working to replace images which objectify women with a visual aesthetic that represents more than only the cis-gendered, white, heterosexual relationship. Perhaps you would like to be a TRB visual artist? If so, please contact us.

Thank you for being here. 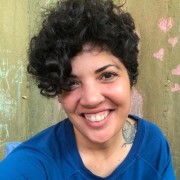 Shawna Ayoub Ainslie is a mental wellness advocate and writing coach in Bloomington, IN. She teaches writing through trauma for release and recovery to survivors and veterans through the Center for Creative Writing, Ivy Tech Community College, and Survive Your Story. Shawna is also The Relationship Blogger's Editor-in-Chief.