I had an interesting home growing up. We had these intricate pathways and flower beds at the intersection of “the hood” and a more affluent section of the city. Our home was an oasis separated by a narrow creek from a convenient store with an iron gate that was frequently robbed. The dichotomies I experienced growing up enriched my perspective in many ways. My pops was definitely a Furious Styles type; He was tough but with a lot of love, wisdom and guidance. He knew what manual labor did for a young boy growing up in an environment that could have pulled him in a lot of different directions.

When I was growing up, my father had me in the yard so much the family actually called me “yard boy.” While working, our neighbors used to bring me Gatorade out of pity. I didn’t love it then, but as an older man I now realize that it taught me a great deal.

One thing I learned was how roots work. The root is the life blood of a plant. I am sure we all know that, but there is a specific reason and set of consequences that I want to talk about here. See, I realized after a few times weeding the flower beds that if I didn’t remove the weeds all the way down to the root, it would simply grow new stems and sprouts. So many times, the weeds would actually grow back with a vengeance and spread further than they had before I tried to remove them. I had to dig with care, and fine out where the main root, the tap root, was.

I can draw a direct parallel between this concept, our ideas about ourselves and life, and how those ideas lead to different behaviors from different individuals. Behaviors and ideas have roots like weeds. Too often, we are linear surface thinkers, thinking that when we remove the stem, we are ridding ourselves of the weed.

We convince ourselves that if we get rid of some faction, or some evil individual, or some demographic we have convinced ourselves is “the” problem, everything will get better. But what we see in these individuals and groups we so love to single out are sprouts. They are not the roots. The root is always the idea. So, when I see mass murders, rape, violence, sexual assault – I see stems of a tap root.

That tap root is the idea that we, especially men, have the right to exert control and claim ownership of others. That being a “leader” or a “hero” means a swift and unyielding control over our environments. That, if a man wants something or someone, he should just take it. That whoever is seen as “strong” deserves access to the will of others they deem less worthy. This is the idea that makes things circular. This is why we see violence and oppression become cyclical – whether they are cyclical between opposing groups or within an oppressed group.

Both men and women internalize and externalize these ideas. The rebuttal that “there are women who act like that” is the same error in thought as “there are black people who denigrate black people.” Of course there are. That is what always happens to an idea. Even a percentage of the target will internalize it. So, there will be women who blame others for rape. There will be those who blame one demographic for violence. All the while it is the tap root, or the idea, which is the problem.

We have, worldwide, what some call rape culture and a culture of violence against those deemed lesser. We have this culture because we sold ourselves the idea that strong means “control.” We serve our boys trays of this control Kool Aid. If they don’t “get” lots of girls, they are weak. If they don’t not just appreciate a woman’s beauty, but try to own it, they aren’t being an “alpha.” If they don’t solve problems violently, they need to grow a pair of balls. Ironically, as the happy owner of a set of balls (happy because they helped me co-create life with my wife) – I know they are just about the most vulnerable thing there is. The vagina is tougher than defining male anatomy, but men don’t like that association, because we are taught that strength is the province of the male.

Many girls are even taught this. They and boys are taught that boys just can’t control their desires, and it is the girls’ job to cover themselves up, to raise all kinds of defenses, to thwart the assumed inevitability of male violence and control. Paradoxically, in our desire even to protect our families and our girls, we feed further into that narrative. We tell fathers of daughters to buy shotguns. We tell girls to learn martial arts. I am not saying that learning to defend one’s self is an unworthy task. I am saying that this is a stem level approach. The root will keep growing new stems.

We need to explicitly and repeatedly teach our boys that it is not their job to control all outcomes. We need to explicitly and repeatedly remind our boys that women are not possessions to compete for. We need to remind them that women are beautiful and strong individuals. Men are beautiful and strong individuals. We are slightly different with variance and overlap. We are meant to live side by side, not one on top of the other (except as consented momentarily – cue laugh track). We are strong in different ways. Different colors are associated with different cultures. We need to learn to be strong together, instead of seeing strength as a zero sum game. I mean, wouldn’t it be ridiculous to say that if a guy doesn’t beat every single other guy in a fight or bed the greatest number of female humans, that this guy is not a man? Would we only have one man on the earth at a time?

Learn what I learned: That we can change the whole forest at the root. We can shift the entire ecology of human thought and behavior by spreading different ideas about who we are to one another. Meanwhile, we do what we can to prevent stems from choking flowers. We have to do that, but we have to do it all. We can ill afford to continue cutting stems. I think we see where that gets us – what we think is gone comes back with a vengeance, just like those weeds in my yard growing up under the watchful eye of my father.

By the way fellas – my parents taught me that women were not objects. I did not find that this made me less attractive to women. I am married to a beautiful woman, and we have two beautiful daughters who will know their worth. My parents taught me that my worth as a man did not spring forth simply from the size of my muscles, but by the way I used my strength to understand and help others. I am 6’1” 190 lbs with broad shoulders. I don’t think that my physical strength was precluded by sensitivity to others. They gave me strong roots, and my trunk stands solid with leaves that sway in the wind. I don’t want to own women, and I don’t want to kill people who aren’t like me. I just want to stand up with you. 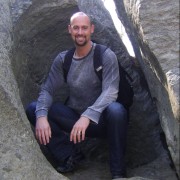