One of many mental health stories is when I remember the first time I got fired. Until that time I’d known only success. The early years of perfect grades, honors, and a talent for the arts gave way to collegiate accolades. Faculty nominated me for lucrative internships. I received awards and scholarships for my volunteer work and activism. My job as a writing tutor paid well and matched my interests and ability. I earned outstanding reviews from supervisors and those I tutored, so they offered double the wage to stay on after college.

Within six months, I was hospitalized on a locked ward for the first time. The first, of many mental health stories.

My parents divorced and sold the house I grew up in, and a boomerang of addiction and emergent mental illness left me broken. I plunged deep and dark, and found most colors too bright to withstand. It was impossible to function or even think. Every morning as I got ready for work, minor decisions baffled me, such as choosing a belt. My choices were trapped by circuitous obsession which left no room for logic or experience. I was too paranoid to leave the house. One morning, fully showered and dressed, I slid down the wall to sit on the floor in my suit and heels. “I wish I was a puppy,” was all I could say.

I had no idea what was wrong with me.

My decline was public. Everyone noticed, especially at work. How could they not? I was gradually shunned by small clusters of gossipy peers. Back then mental health stories were few and far between. You were an outcast if you suffered from mental health.

Calling in sick was not an option for tutors at the writing center, unless we’d been hit by a car and died at the scene. I was grateful my employer granted me temporary leave for the hospitalization—unpaid, of course. I apologized profusely, promising a quick return to good ol’ me.

On my return to work, no chances were left. I missed a few days over the ensuing months, and that was it—I was out.  One of my superiors– the compassionate one– said, “I’m sorry it has to end this way” as she fired me. But another shamed me so hotly that her words burned a song in my life’s vinyl album, a track played backwards to expose satanic verses, distortions of voices I knew, on repeat. The glare in her eyes. When I mentioned the hospital, she launched an attack: “We’ve ALL had hard times—divorce, cancer, and death—and we still manage to show up to work every day.” I cried. I knew I could not guarantee anyone anything anymore—least of all myself.

Perhaps the worst part about it was that I could no longer write. Oh I could write lists of any kind— things-to-do, groceries, notes to myself. Even gratitude lists when forced by my sponsor. But not sentences, paragraphs, poetry, letters.

About 6 years later, I passed that boss in a grocery store. I tried to relax my facial muscles into a shy, friendly smile, as if to suggest I knew I’d failed, but we’d all moved on. I wanted to appear happy, gracious, doing well. But I didn’t want to commit to a smile which might be unreciprocated.

Our eyes locked as we passed….I couldn’t breathe. She glared at me, seized me, forced me to see. The icy look called forth my very worst fear: I’d fooled them all, everyone, year after year. My success wasn’t talent or effort or mine; it was luck that would pass in a matter of time. Her silent scoff shamed me, berated me, shrill; proclaiming the fraudulent “mentally ill.”

I wandered away and wanted to hide. I walked to the checkout and waited in line. I greeted the cashier, how-are-you-I’m-fine. I handed her food stamps and a smile, well timed. She grunted and glared, but not into my eyes—at some faraway pain, off to the side.

I have many mental health stories. In time, you’ll slowly read them all. 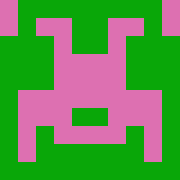 As a toddler, Scarlet chanted, “I want to if I want.” That gutsy girl survived to tell the story--in memoir, film, and art.