Dating today has become one of the most effective tools in making interactions and mingling with the world at large. Technology has even made it better with the introduction of online dating. Today, an American can become friends with a Nigerian with just a click.

Research has it that the average young adult visits the online dating sites every day. It is an adventure, and adventure is the spice of life. On the other hand, we cannot also underestimate singles sites as a powerful tool in the business world. Thus, while some persons are networking, others are making great deal of money. What goes for the goose, can also go for the gander.

What Is Online Dating

What is dating? It is basically meeting people socially or traditionally as friends, business partners, and connecting with the aim of establishing an intimate relationship that would lead to marriage. Online dating simply aids your search. It is a system that enables people find and introduce themselves to new and prospective personal connections over the internet.

Online Dating: A Place of Connection

The money generated from these sites by the company’s CEO and his workers/partners is no news today. But, here’s the news – the business-oriented individual who comes on the site to search, finds it profitable. Also, the ordinary man, who comes seeking a serious relationship or pleasure, consciously and unconsciously makes a great deal of money too. We can say he met his “destiny helper.”

One might also argue however, that fraud, and deceit have also erupted from dating online. In a lawsuit filed against a certain site, the Jury found the company in charge guilty of fraud, malice, and oppression as the plaintiff’s race and sexual orientation were misrepresented by exporting each dating profile to niche sites associated with each trait.

Notwithstanding, the world has gone beyond the essence of fraud as a threat.

From a survey conducted in 2013, it was found out that 77% of individuals considered it a taboo to not have their smart phones around them. The smart phone has with the advent of ever better sophistications become the most useful gadget used for anything. In dating spree, it cannot be overemphasized. Basically, every idleness can be maximized by just networking with people from all works of life.

Choice and objective in networking have been a guardian. For some, it is to pursue boredom, for others pleasure; and for yet another – friendship, and another – business.

After the day’s work load, especially for singles, the best relaxation can be to chat. Well here’s a shocker – it is that individual you met online that can be more understanding, helpful, and fun to chat with, that you suddenly find yourself smiling.

Also, at weekends or other days when it seems as though nothing’s happening, life becomes more interesting and livelier with that online friend whom you might have physically met or not.

People meet people for sexual purposes. In fact, we should say this is what makes up 50% of people’s mission. The beautiful thing is, you find handsome and beautiful folks of your choice. Now that’s something right?

Between the years of 2005 – 2012, Americans reported to have met their spouses online. Marriage has been another end product of these dating sites. But, it all started from friendship. Thus, one can make cool friends from the internet. It however depends on you and the type of friendship you want. More often than not, these friendships usually result into strong and serious relationships, and sometimes marriage. Online dating is one out of very many platforms to get your dream mate.

In 2008, an online dating model emerged which attracted several investors. By the same year, the United States generated $957 million revenue from such sites. These among others are statistics showings how big a business the world of online dating is to individuals, firms and government.

Still, dating affiliate network could also give you an edge in earning for yourself outside the existing established friendship. More often, people go to establish relationship with the key holders to get connected into the business.

Have you also thought of the business prospects you meet through dating? Everyone in one way or the other have found themselves on these sites – thus, there are bankers, shareholders of different companies, marketers, musicians, writers, teachers, and every other field you can think of. You only need to maximize opportunities.

Alex has been featured at such resources as Romper, TheList, Bustle, Insider, Urban Dater, Socialeconomics, Brit+Co and many others. 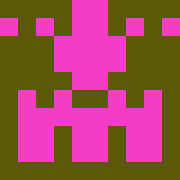