One of the questions that seems to come up repeatedly is, “Am I really poly?”

And if that’s not enough, there are also almost always people who are willing to tell you the “right” way to be polyamorous. Or, as I like to refer to them, the ‘Poly-er than thou’ crowd.

So, let’s dig into what it means to be poly…what it is and what it isn’t, at least as I see it.  I invite you to take the following and use it as a jumping off point for finding your own poly perspective.

We covered the only bits I consider true non-negotiables in last month’s column: Honesty and ethical behavior.  Let me reiterate that these values are (hopefully) part of all relationships, not just polyamorous ones.

And for bonus points, you’ll most likely redraw portions of your map every time you get involved with someone new, so that your map and their map can overlap in the ways necessary for you both to have a functional and positive relationship.

It doesn’t matter how many partners you have. Just like someone who is bisexual doesn’t stop liking men just because they’re currently only involved with women, the current expression of your orientation/preferences does not change who you are. You can be poly and have sex with as many people, of any gender expression, as you choose/desire. That includes none at all, if that’s your preference.  Poly can be a lovely paradigm for asexual* and aromantic* folks to form mutually satisfactory relationships.  It can also be a boon for the hypersexual* and hyperromantic*, since it allows partners with different levels of needs to get them met in healthy ways without overburdening the ‘lower desire’ partner.

While pure swinging isn’t poly (by definition, since poly includes the possibility of emotional/entwined life connections and the most basic form of swinging does not), I know many poly people who include swinging* and FWB*, play parties and other casual sexual interactions in their lives.  This does not disqualify them (or you) from being poly. You will find this is a hot-button topic for some poly people, and they have every right to decide what appears on their personal poly map, and you get to decide what’s on yours.
You can be poly and never have group sex, or engage in kink, or be bisexual* or pansexual*.  The desire for more than one meaningful relationship in your life doesn’t mean that you have to be open to sexual expression that do not match your preferences. No one form of polyamory (like relationship anarchy vs hierarchy vs non-hierarchy vs polyfidelity etc**.) is superior to any other. They are personal preferences, and they each have challenges and benefits to the people who practice those paradigms.  You do you, and if you’re not sure what that is yet, experiment and/or find people to talk to about how it works for them and gather information.
In ‘real world’ terms, how you practice your poly will likely become a collaboration between you and your partner(s). You will have your ideals, comforts, desires, needs, challenges, fears, and your partner(s) will have theirs.  In even just my few years*** identifying as poly, I’ve learned that ideals rarely hold up in their pure form when measured against taking care of yourself and caring about your partner.  I always try to remember that people are more important than a static picture of “how it should be.”  As a result, my expression of poly has grown and changed over the years.  It will, I believe, always be about agency for me (the ability to decide for myself, own myself) as it is for many.  And I’ve realized that I can use my agency to make decisions that might look very different from what I idealized three years ago.

What’s best for you today may or may not be what will be best for you a year or a decade from now.  That doesn’t mean your early experiences are/were more right or wrong than your later experiences. It’s all REAL poly. So, what I’m saying is, if anyone tells you that their poly is the only poly, they’re missing some very important perspective. As long as your poly treats people as people, with space for their agency as well as your own (in other words, with honesty and ethical consideration and behavior), you are just as polyamorous as the next human if that’s what you want to be.  Freedom to choose IS the REAL poly.

*** I’ve been in other ethical non-monogamous relationships throughout my life, and specifically Poly since 2015 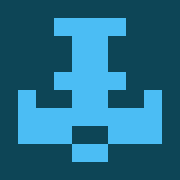 Althea Hawk is a polyamorous, sex-positive, pansexual woman, a Reiki Master, a spiritual seeker and teacher.