Twenty-three and recently single after a painful break-up, graduated from college but still waiting tables, I pretended to myself that I was already both confident and self-aware. I needed neither parents nor boyfriend. My ego told me I could figure this “being an adult” thing out on my own.

One night, I finished my shift and decided to meet my friend Reggie at the little bar he managed. Littered with mismatched throw rugs and comfy couches, Kingman’s Lucky Lounge on Grand Avenue in Oakland, California seemed as good a place as any for me to spend my time and a few of the dollars stashed in my apron pocket.

My own personal Big Bang awaited me inside the mirrored walls of the Lucky Lounge.

The Man in the Bar

I parallel parked then walked into the bar, scanning the room. Scattered patrons lounged, drinks in hand. Reggie nodded at me and smiled. He held up ten fingers. I returned his nod; I’d have to wait for him.

A man, a friend of Reggie’s, sat at the bar drinking scotch. His elbows surrounded the glass like the paddles on each side of a pinball machine, waiting. His shoulders were hunched, eyes forward. I took a seat next to him.

The bartender hadn’t noticed me yet. I had no drink, no shield. The break up had shattered me—my first real boyfriend. I didn’t want to admit it, but it was true. I’d moved to Berkeley to be near him. Now that was over. The ten minutes I’d have to wait for Reggie, were ten more minutes I didn’t want to spend alone. I spoke to the man to be doing something, to hide how out of place I felt, how lonely I was.

“Boy, what a night! I got slammed at work, and some jerk stiffed me on a three hundred dollar tab. Can you believe it? I mean, whatever.”

“And yesterday. . . remember that guy from Reg’s party last week? The one with the nose ring? He was like, totally wasted. Not cool. Isn’t that him over there?”

Now I was running out of things to say. We’d never had a conversation one on one before, and this exchange was no exception.

Still no drink in front of me, still lonely and out of place, I tried again. “God, getting over here was a pain. Ashby was backed up like you wouldn’t believe.”

“You know,” he began, looking over at me for the first time, his eyes level to mine. He turned his body, his knee angling toward me. I leaned in, hoping now, maybe, I’d feel less alone, less vulnerable.

“You really are a miserable person, aren’t you?” He raised his glass to me, before drinking the contents down and setting it back on the bar.

When the Student was Ready, the Teacher Appeared

The background noise covered the click of my jaw as I snapped it shut. My knees pressed together. My cheeks reddened. I stood up. Stuck on the word miserable, my brain had no more instructions for me than “get out.” Those words flung me out of the bar, out of myself, and into the Oakland night.

I unlocked the door of my Saturn sedan. On the drive home, my ears felt plugged, full of a white, deafening nothingness.

I didn’t examine what had happened right away because I didn’t understand it, not yet. At that moment, all I wanted was to be home, safe, in bed. I slept, awoke and went to work the next day.

But the words continued to burn. What did they mean? Was I a miserable person? I didn’t think so, but I wasn’t sure. If I wasn’t a miserable person, why did he think so? Asking him what he’d meant was out of the question. I’d have to find the courage to both listen and observe instead.

Curiosity is the Key to Self-Awareness

A few days later, I began to hear myself differently. What stories was I telling? Why was I telling them? Was I listening or just waiting to talk?

Next, I began to notice people’s eyes glaze over when I told them about the latest petty drama in my life. I saw them turn away with a quick word, uninterested. They wanted to get away from me and my tales of woe. I had nothing they wanted to hear. Worse, they had nothing I wanted to hear, not really. I heard only the silence between their words as an opportunity to wedge in my own. I started to understand.

Though not a monster incapable of human connection, my insecurity, self-absorption, defensiveness, and fear, made drama, gossip, or self-riotous rants my go-to conversation topics. I appeared miserable because misery had become my exoskeleton, my Iron Man suit. But, did I need it anymore? Now began the work of deciding what to do next.

That night at the Lucky Lounge my ego crashed, like a hard drive with too many programs running. The man’s words offered me a chance to reboot. I took it. In 1999 I learned both that I had been a miserable person, and that I had the power to become a better one.

Originally Published on You Are Awesome 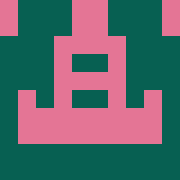