The smell of a cheese and pickle sandwich, the small burn holes in his shirt from the cigarette ash – black around the edges, like the holes in her burned out soul. Just a few of the memories of her grandfather – the puppeteer – that stick in her mind as though at that moment, reliving.

She was young, full of life and never alone, despite being an only child. The front door to the house was always open to all who knew them, a respected house, a respected man. The house was her grandparents, a place she grew up and loved to be.

She would become almost demonic when told she could not stay another night, or it was time to go home.   Completely out of character for such a quiet, well-mannered girl. Why was she behaving like this?

Perhaps just another spoiled child who didn’t like it when things didn’t go her way. Typical. The puppeteer would play the hero, (she idolized him), and hooray – another night she stayed!

Another night with the puppet master and his wicked creations.

It was a house made for games, endless card playing, magic tricks, Super Mario on the Nintendo 64, whatever her choice was. How she loved those times; but then the room would be left with just the two of them, curtains closing, opportunities never once missed, and she knew.

The little girl felt nothing inside, only the hard-knocking of her heart beating against her chest, as though even the muscle that was keeping her alive wanted to escape. But her mind was absent; she was putty in his vermin hands.

His trousers dropped to the floor, a look of pure innocence on his face as though he didn’t know how it happened. ‘The Greatest Showman’ and she had a front-row seat with audience participation. Her eyes darting, she knew deep inside that she was uncomfortable.

However, it was never enough for her to initiate telling someone; she was the puppet, dancing on his manipulative strings. Her eyes now looking at ‘it’, on full display, for only her to see, to touch. The game had begun and the strings were firmly fastened.

“Show me again, which direction is North, East, South, and West? I forget…” the puppeteer once said.

The little girl was asked to demonstrate using what was left of his ‘masculinity’ with her bare hands. As if on cue, the little girl got to her feet and did as she was told, without protesting.

Experiences like this continued and the little girl was forever warned ‘no one will love you anymore if you tell’.

She believed him – of course she did. This man had taught her a great deal in life; from small things like learning how to tie shoelaces and her school tie, to philosophical matters and being quick-witted. He was indeed a very clever man, and knew how to work people; his many, many puppets.

As the little girl grew older and realized the truth, she decided she no longer wanted to be a puppet on a string. Once in secondary school she spent a lot of her time with her friends,  no strings attached.

In her darkest times, she would turn to self-harm; it was her release, she felt in control and reminded that it was still possible for her to ‘feel’.

At the age of 13, she confided in a teacher she felt safe sharing her problems with, with whom she talked about the self-harming. A teacher who on some level saved her from herself. On this particular day, she had enough, and something inside just flipped.

She decided to approach the teacher about what had happened in such a way that she wouldn’t have to say the words. The girl’s parents were contacted and this was her opportunity to tell them her agonizing secret.

Surprisingly, the girl did not want the police contacted; she felt overwhelmed and wanted to attempt to live a life without any reminders. How wrong she was. The girl would pass him in the local town, making her lose all sense of direction; the strings were not connected but in some way it felt as though he still had the upper hand.

By the age 19, the girl had thrown herself into full-time work. The self-destructing behavior was on hold, at last! Things were going well; she even joined her other friends on her first trip abroad to Florida, completely independent and soaring.

It felt all too good to be true, and it was.

Work started slipping, and her downward spiral began to spin out of control. She had to refer herself to the counseling service at the local doctors; she was scared for herself, more so than ever. She wanted her life, and for it to be successful, but most of all, happy.

She found a new job, got counseling and made a fresh start. Or at least that’s what she believed. The puppet master got wind of where his once-fragile puppet was working and showed up at there for the second time.

She fled out back and couldn’t hold it together; her life felt like one big nightmare. She knew this could be the breaking point if she didn’t fix it.

The girl walked home from work that afternoon, on the phone to a long distant friend, breathless and contemplating what to do. She knew what she wanted to do, but she just needed some reassurance.

Somehow her bravery radiated from her very bones and she took full control. She reported all that happened to the police, underwent recorded interviews and faced some of the toughest times in her life. But she did it; she was triumphing!

Until it all came crashing down, again.

Her grandfather was arrested and then released on bail. However, the date he was due to back, he committed suicide by climbing down onto the train tracks, waiting for the through train to hit him. He was pronounced dead at the scene.

The girl still remembers this day (14th June 2016) as if it were just yesterday. The cowardly act, the stolen justice and her anger; so much anger. What was she to do now?

Utter betrayal and robbery; it was over, and not in the way she had hoped.

Thankfully an organization called CARA (Centre of Action Against Rape and Abuse) was there to help in her time of need. They provide counseling for those who need support and guidance, truly fantastic. Another service which is available usually through the local doctors is called IAPT (Improving Access to Psychological Therapies) also outstanding and highly recommended.

The moral of the story is that there are people who care and want to help. Remember that you do matter and deserve only the best.

We must remember that it is only ourselves that decide on what path we walk down as adults, and let the past only be a reminder that we can survive and continue to grow into the best human being we can be.

Keep that yellow brick road not far from sight when you need those moments to reflect and just ‘be’ until you’re ready to walk that kick ass path again! 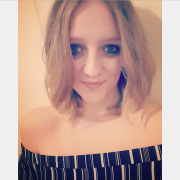 Lauren works as a carer in a private nursing home and has always felt strongly about helping others. After learning the ways of cryptocurrency, and starting on the Steemit platform, Lauren blogs about a variety topics that some may encounter in life's journey. Lauren is passionate about Mental Health and through blogging Lauren hopes to achieve a safe place for others to express there thoughts and experiences.