Purity culture is a movement that I was introduced to via my homeschool group. It was very popular while I was around junior high age and there were different conferences that resembled rock concerts to make it more appealing to my age group. They sold purity rings at those conferences and at Christian book stores (which is where I purchased mine, of my own free will). Some kids were forced to sign purity contracts and were led to believe they were legally binding even though they were underage. Purity culture is a mixed bag of experiences, but hinged on a few common principles.

It focuses on the somewhat obvious: sexual purity. However, beyond that, it focuses on emotional purity. While sexual and physical purity are more easily quantified, emotional purity is not. That did not stop people from within this movement from trying. Emotional purity was squeezed into legalistic boxes by things like shaming crushes because having a crush meant you were giving a piece of your heart away.

Books like “I Kissed Dating Goodbye” were held in high esteem within these circles, which tried to put various legalistic rules around emotions and normal connections forged within interactions between young folks who were courting or dating. The answer to question “How far is too far?” was answered first with sex, then with kiss, then with holding hands and hugging. The next thing you know, side hugs became the sanctioned activity that wouldn’t cause you to lose your emotional and physical virginity. For some, this had the unintended consequences of stopping natural and healthy bonding within perfectly reasonable boundaries.

What I mean by unintended consequences is that because of the message we were given, and how purity was talked about, it changed some of our future relationships. Instead of the message being “Don’t have sex before your married”, the message was simplified in many instances to “Sex is bad”. There were other factors too, of course, like failure to be a virgin on the wedding night, whether by choice or rape, solely being blamed on the woman. For me, I also had the notion drilled in my head that men could not control their sexual urges, leading me to believe they lacked self-control and that caused me to a great deal of fear with all men.

There were many things that were good about following the dictates of purity culture for us, including no STDs or STIs, no conventional previous relationship baggage (I married my highschool sweetheart), and we were both on the same level as far as “experience” goes. However, despite avoiding all of those things (which I am grateful for, please don’t misunderstand me), there were burdens that should not have been ours to bear.

Unrealistic expectations, lack of proper sex education, and emotional baggage stemming from negative discussions on sex influenced our early marriage. Despite what I expected, there was no easy switch to flip to make me believe that sex was okay after we got married. I knew that intellectually, but years of purity doctrine were deeply nestled into our hearts. The damage had been done, and the only people who were going to deal with the consequences were us.

No one warned me that purity culture had “side-effects” and I felt broken, emotionally and sexually. In the weeks leading up to our wedding it began to hit me that everyone knew we would be having sex for the first time on our wedding night, and something about that seemed wrong. I wasn’t ashamed of it, and neither was my husband, but it didn’t seem like something that should be public knowledge. I grew to hate my purity ring and I nearly threw it out several times just to feel like maybe I did have some privacy.

In the aftermath of our realization that purity culture had affected us negatively, I was blessed to have a loving community of former homeschoolers to turn to in Homeschoolers Anonymous. While not everyone has had the same experience with purity culture, or any negative effects, Homeschoolers Anonymous was filled with people with similar experiences and provided me with a safe place to ask questions and get gentle and appropriate answers and advice.

While we no longer deal with the ramifications of purity culture, we will never get our peaceful honeymoon because of it. Purity culture was dangerous because it didn’t promote a harmless commitment to abstinence and virginity (as so many believe), it promoted an obsession. It encouraged an obsession in people outside of a direct relationship to feel entitled to be included, or at least up-to-date, on the couple’s emotional attachment level and virginity status. I really hope this goes without saying, but that is extremely unhealthy.

Have you heard of purity culture? What do you think of it? 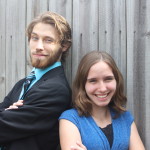 Rebecca is a 19-year-old mother, wife and anorexia survivor. She holds the title of the 2015 Best Performance of the Year Winner at www.thepublicblogger.com. She’s been published on a few corners of the internet outside of her own blog including Homeschoolers Anonymous, ARC Writes, Beautifully Connected and more. When she isn’t writing, she can be found gardening with her husband, working out, playing with her toddler or watching Once Upon A Time.

Raymond is a Mental Health activist and cryptocurrency enthusiast. He fuels his activism by taking to the web and trying to create core change in the way people interact. As an ex-Community​ Manager, Raymond has a unique approach to communication and relationships and believes the way forward in life is improving the interactions between one another. Raymond started his blogging activities as a way to heal from a chequered past, and through this, his blog has become something far more empowering than he ever imagined. And thus, The Relationship Blogger Magazine was born.