Throughout my life I have noticed that there are certain men who literally have a twinkle in their eye.  The twinkle also seems to come with a very slight smile. I am not crazy, at least I don’t think I am. But, it’s true, there really are men who have twinkles in their eyes. Of course, the ultimate twinkle in the eye is Santa Claus – the Coca Cola Santa, not the pathetic pedophiles in the malls at Christmas time.

I am trying to remember, in chronological order, the men in my life who had the twinkle. The first was my father. For the most part, especially when I was young, I was afraid of him because he had a big booming voice and it scared me to death. I interpreted that as “yelling” at me. He was not yelling, but that’s what I thought.  I did learn that I was really “Daddy’s little girl” when he smiled at me and I saw the twinkle. I learned then that he really liked me. I knew he loved me, but he also liked me. My uncle, his brother, also had the twinkle. None of their sisters had the twinkle, but my dad and uncle did and they both liked me.  I didn’t notice another twinkle until I was no longer a little girl.

One of my first jobs was being a secretary in the East Chicago, Indiana Public School System. I worked for three men who were the heads of the Art, Science and Mathematics Departments.  Only one of them had the twinkle, the Art Supervisor, the youngest of the three. He was 40 years old and I was 20 years old.  We would talk a lot and, when work was slow, I would go sit in his office and watch while he painted something and we would just talk about different things. He said I reminded him of his wife when she was younger. This man was crazy about his wife, he really was, and I reminded him of her younger version. But I could also see that he liked me for myself and not just because I reminded him of her by the twinkle in his eye when we were talking.

The next man with the twinkle was my future father-in-law. God, he was a handsome man. He looked like Dean Martin. (Dean Martin also had that twinkle in his eye). His son, my future husband, did not have the twinkle, so a twinkle is not necessarily hereditary!  Before our marriage, his father told me, “No matter what happens in the future, you can come to me and I’ll always help you if I can.” It’s like he already knew that my marriage to his son wouldn’t last, but he would still be there for me, no matter what and he always was there for me and did help me through some bad times after my divorce from his son.

My second husband did not have the twinkle either. I don’t know why he didn’t have it, but I knew he loved me and we had a good solid marriage for over 25 years.

The next man who had the twinkle was one of my bosses in a law firm in Chicago. He was on the Board of Directors of the firm.  We would sit in his office and talk, and smoke and joke around. We had a good relationship. He looked out for me, especially when the HR lady complained that I was in his office too much smoking with him and the other sectaries resented it. He said to me, “You don’t have to listen to her, you only need to listen to me and unless I’m in a meeting, you can come in my office and smoke any time you want.” Of course, he said that with a twinkle in his eye.

After working for him, I hadn’t see another twinkle for a quite some time again. My father died, my uncle died, my father-in-law died, my ex-husband died, my husband died and then the art supervisor died. I frankly hadn’t encountered another twinkle until recently when I retired and moved to a different town.

Because I have no husband to help me fix things around the new place, I called a handyman to come and fix things. After I called him the second time, we sat and talked for about an hour or so. We were just talking about our lives. He’s been coming to fix things for the last year. The last time he was here, I read him a story to him that I had written about him. While I was reading it to him, I looked up and saw the twinkle and a very slight smile.

I have concluded, that the twinkle comes only from men, who, for whatever reason in their lives, cannot become any more than a friend to me. So, we become friends and we know we will always be friends.

I’m good with that. I know they can’t “love” me in the physical sense, but I also know they really like me for just being me. I know if all these men were still in my life I could call any one of them at any time and they would be there for me.  Not too many women can say that.

P.S.  I never knew Dean Martin, but I think he would have liked me, too! 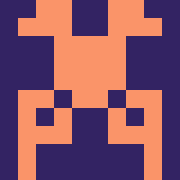