A memoir? What have you really got to say? You haven’t lived enough to write anything worth anything.

What, did you get tired of writing spaceship poetry that no one reads? You want to jump on the memoir bandwagon? You heard that memoirs sell, so now you’re set to write one? Better have some spaceships in it.

You’re headed to middle age, you’re white, middle class, educated, from a city. If you were from Iowa, presidential candidates might seek you out as the average joe. But you’re not even that. Why would anyone want to read that story?

I get it. You moved back home. You want to write about how you returned to teach at the same school you attended, the same school where your mother taught. Where your eldest had the same kindergarten teacher as you, where he was born in the same hospital where you were born, where your father was born.

Oh, yeah, you read that No Heroes memoir and want to write your version. Don’t you do anything original?!

After eleven years, living one mile away from where I grew up, where my parents still live, I’m leaving. Again.

This spring the ants are out in force. The ladybugs are everywhere. The lilacs, hardly noticeable most of the time, are suddenly in every yard, infusing the air with violet, purple, white perfume.

I once cut a lilac bush down to stalks to keep it from the driveway. It came back. About time to cut it down to size again. These are hardy bushes.

Except when there’s a late frost. An early frost. Frenetic weather. The mountains keep the weather weird, consistently inconsistent.

We had a nectarine tree in our front yard. Right. A nectarine tree four blocks from the Denver city line. Maybe it was pollinated with the peach tree down the street. Our first year it yielded a few hard nectarines that my wife says I harvested too early. I didn’t want to lose them. I canned a few.

The tree never gave us anything after that. A late and extreme frost killed the tree two years ago. A few shoots came up from the root, a last hope for survival. They didn’t make it this year. I cut the trunk for what it was worth and we used it for firewood. I think it kept us warm for a night.

The lilacs just hang in. They may not bloom every year, but the bushes refuse to die. That’s the front range strength. We may not produce consistently. We may not even produce. But we show up. We show up in our green stability, roots firm, swaying in the chaotic wind off the plains, the erratic snow, the lack of moisture quickly being sucked up and redistributed to lawns.

My parents have been married for 40 years. We moved once. Two miles west. We moved cities, moved neighborhoods, upgraded to a yard where we could have animals. A taste of country in a city out of the Little House on the Prairie: Wheat Ridge. A city known for growing carnations.

Our neighbors were quiet and old. There were no sidewalks, no city trash pickup. But little really changed.

My extended family all lived in town. We all got together at my grandparents’ house, either one. The cousins grew up. I was the oldest on my mother’s side, the third oldest on my father’s side. We were the crest.

If the lilacs refuse to break, why should a wave?

She didn’t know who I was.
Didn’t know my family.
didn’t know the spiderwebs
of my legacy. Just another guy
as if I’d walked off the yellow brick road,
accepting a job at Munchkin U
because at 6’3” people listen –
sometimes, just enough.

I grew up playing fiddle. My friends played fiddle. Another wave. We were the older generation of students, winning contests, supporting each other and younger fiddlers by playing backup guitar.

Poised. A few of us taught. It was an oral tradition unless there’s a better word for passing along fiddle tunes. Like farming, someone’s got to suck it up and carry it forward.

Or let it die.

At 18, one of the steadfast, I decided to leave town. My friends all headed off to the local universities. I left Denver on only my third flight, the first on my own.

We never had much money. But that’s not the only reason we stayed close to home. My mother had moved around a lot in her early childhood. Then her family settled, never to move again. My father was born in Denver, went to college in Iowa. They each left the state once while I was growing up, both on work-related trips. We didn’t even go to Wyoming.

We hardly left home. Which was fine. I inherited my father’s love of books along with his inclination to sit. Every evening after supper, he’d pour a glass of whiskey, sit in his chair, smoke his pipe, read, then fall asleep. When we were young, he read to us until we counted three yawns, then Mom took over.

I remember going on one camping trip. As in a tent. We did stay in a cabin three consecutive years for a week. That was probably the most adventurous we got. Maybe that had to do with the tent, a borrowed green metal tubing affair whose instructions made Ikea seem like legos. We ended up tying the tent to trees. I remember hoisting food in a bag into the trees too, something about bears. I think we lasted one night.

Once, we drove 45 minutes west into the mountains to stay at a bed and breakfast and wander the touristy streets of Georgetown.

Perhaps it was inevitable that by my sophomore year in high school, I took up chess, a sport I could practice on my own in my room.

Though I was the first of the fiddle crowd to sprint across the plains, fiddle got me out of town more than anything. My fiddle teacher, Chris Daring, and her husband, Andy, hauled the bunch of us across mountains to fiddle contests from Idaho to New Mexico. My first step out of Colorado was on an eighth-grade class trip to Utah. My second step was to the National Oldtime Fiddler’s Contest in Weiser, Idaho, later that year.

Traveling from contest to contest forced me to broaden my social horizons, fairly close-knit after attending the same school with the same teachers and the same classmates for 14 years. The camaraderie was intoxicating, and it came hand-in-hand with the travel.

I didn’t even apply to any schools in Colorado.

But it’s no accident that my primary concern about moving away from my parents – and my brother and sister, who both still live within a four-mile radius of the house where we grew up – is for my children.

I called home once a week during college. Mind you, this was the era before cell phones and social media when all the world might know if you have a bloody nose. My dorm hallway still had a shared hall phone, though everyone had their own too. I love my parents and am grateful for their 38 years of support. They have supported my children these last 8½ years too. The only week I didn’t call, my mother left a message and rightly guessed that I’d been arrested. My one phone call then was to my girlfriend.

Instead or because, I intone
brushed drums, horns, a piano
tapping out tomorrow’s gonna be ok
at 3AM at the A-Train in Berlin,
jazz memories worth holding onto.
Because it’s hard to be pressed
with expectations, stressed into fog,
imperfections that mar rather than humanize.
We’re humanity through and through.

Consistency is the hobgoblin of little minds. Something like that: Emerson. It’s a nice sentiment. It’s abstract. A fortune cookie.

I’ve had five books published in the last two years, two books self-published, and I published a friend’s poetry collection. I’ve always got three projects running simultaneously and five more on the list. Chasing around three kids, animals, the yard. I’m thankful that the yard only grows.

I’ve got too much to do. The world’s too big to only try camping once.

I want to give my children the same stability I had, the same core strength, the same unwavering foundation. But I want their branches waving in the breeze. Even the ents moved. Slowly, but they moved.

A pearl. I think.
Yes, a pearl from these years.
We are no diamonds.
Only pearls.

I don’t make decisions lightly. The Hagakure suggested samurai should make a decision within the span of seven breaths, taking big decisions lightly and little decisions seriously. There is a purposeful intention that moves into action there.

It’s taken 11 years since we arrived here. Eight-and-a-half years since my first child was born. Two more children. A mortgage.

Maybe there’s a little ent in me. 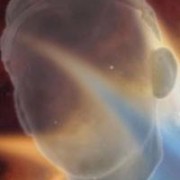 John Reinhart is an arsonist, father of three, and poet. A recipient of the Horror Writers Association Dark Poetry Scholarship, he has been a Pushcart, Rhysling, and Dwarf Stars award nominee. To date, he has penned seven collections of poetry, most recently Arson (NightBallet Press, 2018). Find his work at http://home.hampshire.edu/~jcr00/reinhart.html