Facebook Twitter StumbleUpon Pinterest Reddit Pocket WhatsApp Share via Email
The world is rife with misconceptions and mischaracterizations about sex. If you learned about it from bad marriage books, social media, or pornography, the confusion can be multiplied. False ideas like “all men watch pornography”, “cheating is inevitable and the woman’s fault”, or “women are generally the lower drive spouse” can be named, among others.

Some women are left feeling upset, hurt, and abnormal because of many of these stereotypical expectations.

I remember one book I was given talking about how sex is really for men. It sought to provide ways for women to “grin and bear it”. Another, surprisingly, mentioned the fact that women have a clitoris, a body part specifically designed for sexual pleasure—but in the two paragraphs dedicated to the topic, all that was talked about was how you should not touch yourself, especially before marriage. Woefully inadequate doesn’t even begin to describe how many such resources cover feminine sexuality.

So, in the interest of dispelling some of the grossly exaggerated to downright false ideas about the subject out there, let’s take on a few of those myths and see how they hold up!

I think the myth of women not liking sex stems from several subtextual reasons. One is propaganda that women “don’t like sex” as a way to shame women who do have sexual desire, and detour them from engaging in sexual activity. The other is because many women don’t know that they can experience sexual pleasure because they haven’t tried different positions or kinds of stimulation with their husbands. Regardless though, I definitely think this is a myth that needs to die.

I think nearly every Christian marriage book I’ve opened has made the claim that sex is primarily (or totally) for the husband. Wives are expected to lay there and take it because sex is what makes their husbands feel loved and keeps them from straying. There are so many things that sicken me about this. Sex is supposed to be an interactive experience for both spouses, not a duty or something to “get through”. It is also a way for both spouses to be sexually fulfilled, so putting the emphasis on the husband often causes an unhealthy imbalance.

Women, unlike men, actually have the ability to orgasm multiple times. But, because many husbands don’t know how to please their wives or don’t think that it is possible, they neglect them in this area. It often takes more time for women depending on the circumstances, but they can orgasm and some are just as interested in orgasming every time as their husbands are.

#5 Women who do like sex are kinky and exotic

#6 That women don’t struggle with lust

I believe this myth comes from the “women aren’t sexual” way of thinking, but it is absolutely untrue. Women can and do struggle with lust, including, but not limited to, pornography addiction, affairs, etc. To add insult to injury, the ones that do are often laboring under the assumption of #5 and stay silent about their struggle. This inevitably makes things worse because the more shame they feel and the more they believe they cannot speak out, the more they are likely to engage in unhealthy behavior.
So many of these misconceptions aren’t just inconvenient, they are dangerous and damaging. Educating ourselves, our fellow women, and our daughters about the realities of sex, marriage, and relationships is important. While it is a big change, and change is often uncomfortable, this one is worth it.
Premium WordPress Themes Download
Download Best WordPress Themes Free Download
Download WordPress Themes Free
Download Nulled WordPress Themes
free download udemy paid course
download micromax firmware
Download Premium WordPress Themes Free
udemy course download free 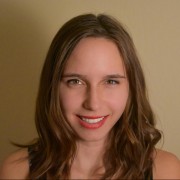