Bob and I share a healthy, professional, platonic, business relationship with one another. “Surely not!” you cry, “something ‘else’ must have happened?” Did it? Let’s find out…

Bob pulls up to my place of work, and texts me he’s waiting outside. I tell my staff I’ll be gone a few hours; it’s a breakfast meeting. I’m smiling when I slide into the passenger seat of Bob’s car. He’s a sales manager and drives a pristine new vehicle. We go to our favorite breakfast house, order coffee and moon over the menu of local ingredients in creative farm-fresh egg concoctions. Our server has to return to our table several times before we are ready to order. We linger long after the remaining food on our plates has cooled, giving up on the coffee an hour ago.

Through a funny coincidence, Bob and I share a birthday. He also has a co-worker with the same birthday, and one of my staff has a husband who shares it, too. On our birthday in 2011, the world was set to end. Previous years we all went out and had a Cajun breakfast or descended into Hells Kitchen. Breakfast was our preferred outing. We met over projects and birthdays for breakfast.

But when your collective birthday is the End of the World, it calls for beer. Instead of breakfast that year, we all met up, taking the afternoon off from work, to share a beer and a cake my staff made for us, decorated in flames instead of flowers. We went to the Happy Gnome, a pub in St. Paul, where they serve 94 varieties of beer on tap, and I was one woman among three men. We joked about trying one of each, but none of us indulged. We laughed, joked, talked about the changing print industry and its impact on publications, and joked again that maybe it really was the end.

The following year, I had unexpectedly moved away; Bob’s co-worker died of a heart attack on the drive to work: and my staff’s husband took seriously ill. Bob and continued working on the publication project with me working remotely, and both of us answering to a project leader who had replaced me at my place of work. I remained as editor, writer and point of contact for the project. Bob and I still lingered over long conversations. We talked about changes in paper production, ink processes and how to pinpoint color on digital presses, how best to mail to take advantage of rates. We both had a fascination with print and marketing.

Rarely did we talk about our spouses or families. Despite the relationship we both enjoyed, it was purely professional.

Bob is one of many men in my life who are not married to me or in my bed. My career has evolved from newspapers to magazines to marketing communications to lead buckaroo for a literary community. Through it all, I’ve worn many hats, and always the hat of a writer. I was often the only woman in the meeting room and have shared hundreds of meals and occasional adult beverages with men not my husband. I wore jeans; I wore dresses; I wore suits, but never did I take my clothes off because I had relationships with male business counterparts.

Why does this declaration matter? It’s not because my husband accused me of infidelity. He knows all about Bob and our meetings. He never actually met Bob, but felt an affinity for one of my contractors I spoke of him with respect and enjoyment for the work we did together. No, my husband did not point his finger at me. My Vice President did.

Here’s how it all went down: In 2002, Mike Pence explained to a reporter of “The Hill” how he viewed his marital vows. Taking that sanctity seriously, he never dines alone with a woman unless that woman is his wife. He also makes certain that if there is drinking, and people might be getting loose, he keeps his wife close to his side. A March 2017 article in the “Washington Post” revised this interview to question US Vice President Pence’s views on women. While some cheer his commitment to a monogamous relationship, others are questioning the misogynistic paradigm his ideas represent.

For example, it might be appealing to look at Pence’s relationship values as traditional and wholesome. And obviously his wife shares those values, so on that point we really can’t fault them. It’s not like he’s abusing his wife; he’s upholding what he sees as her honor and using her as a relationship shield to prevent any marital cheating.

Sex is not the only reason people have relationships.

Bob was married. Not once did he bring his wife along to our breakfast meetings or even to the birthday beer toasting. How awkward it would have been for Bob to say to me, “Let’s meet over breakfast, but hey, don’t mind if I bring my wife, do you? She keeps me from getting, you know, too frisky.”

Had Bob said anything of the sort I would have found a different rep or printer for my project!

Think about relationships for a moment. Sex is not the only reason people have relationships. In fact, if you think sex tops the list, you might be an adolescent with raging hormones and relationships might seem to be all about sex. But they aren’t. Historically, marriages had more to do with solidifying family connections or reducing tribal warfare. Relationships in that sense are more about community prosperity. We’ve evolved from that to honor relationships based on love and affection. But even loving relationships need a stronger foundation than sex.

I’m a woman, a professional and I know how to build lasting relationships with my business partners regardless of their gender.

Women have long been chattel in business. It comes from those early marriage rites that united one clan with another or married business families for benefit of the collective enterprise. Society came to recognize through shame and fame the bad and good women in our lives. Mothers, maiden sisters, obedient daughters, faithful wives: good. Whores, pregnant without a partner, single moms, deviant sisters, unfaithful wives: bad.

Vice President Pence pointed his finger at me as a business woman, as if these archaic roles are mine in the professional world. I say the roles belong to those who think like Pence. I refuse to accept the Good Girl/Bad Girl roles. I’m a woman, a professional and I know how to build lasting relationships with my business partners regardless of their gender. My career is one I’ve thoroughly enjoyed, that I’ve committed education to and that I continue to invest in as I grow. Sex? Sex does not further my career. It begs the question, does Mike Pence think sex furthers the careers in his industry?

On second thought, don’t answer that.

Instead, let’s evaluate authentic and inauthentic relationships. Sure, you can have an authentic relationship based on sex, but only if it’s beneficially mutual. If not, one person is using the other and that’s not a balanced relationship. The same applies to business. You want relationships that are mutually beneficial. I needed a printer who understood the needs of my project and someone who could help me navigate the uncertain times for print publications. Bob was a good match.

In business, as in life, you don’t want someone who promises you healthcare for everyone and jobs for all the coal miners in depressed places, and who delivers chaos instead. Neither do you want someone who disregards your perception of your role. Men and women can, and do work well together in thriving business relationships. Maybe Donnie and Mikey need to go share a beer and figure that out.

Charli Mills is a born buckaroo, wrangling words and creating a literary community at CarrotRanch.com following a 20+ year career in freelancing and marketing communications. Charli Mills brings a fresh voice to the western genre, writing fiction about frontier places and its pioneer women and underdogs who are often marginalized by history. She has extensive relationship experience based on a 30-year marriage to a veteran spouse. Together they face the challenges of PTSD and living without a home. 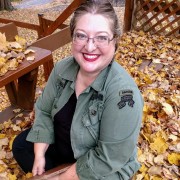